27th January 2013 by Admin under Research

This study from researchers at the University of Salzburg in Austria that looked at spinal alignment and muscle activity of selected muscles in the back while standing in typical shoes and MBT shoes.

The main findings were:

Evaluation:
– this was done during standing and not walking
– it does confirm that there are changes in the low back, spine and muscle activity with the use of unstable or toning shoes

While adding to the body of knowledge on the biomechanical effects of toning shoes, more work is needed to determine the actual ‘clinical’ effects of those changes.

13th January 2013 by Admin under Opinion

This is certainly a controversial area. Skechers did target an advertising campaign in 2011 aimed at girls which did anger some parent groups and advertising industry groups. The shoes and their promotion were targeted at age 7 and up. The campaign used slim cartoon characters as a girl band and run on the Cartoon Network and Nickelodeon: 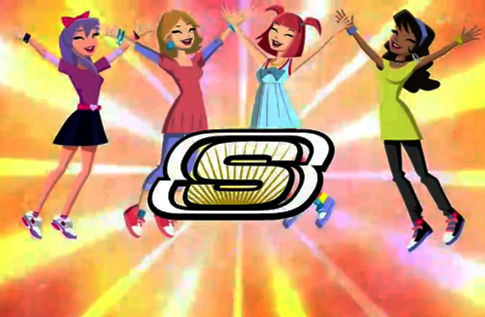 There was a change.org petition asking Skechers to stop marketing the shoes:

The commercial in question features a band of thin girls singing about their shoes, and being followed around by surly looking boys dressed like ice cream, burgers, and other “junk” foods. Women have plenty of time to be targeted for their weight throughout their lives. By not only marketing a shoe line to young girls, but also not even having an equivalent for boys Skechers is sending a clear message to girls and women: you’re never too young to start hating your body.

This person’s concerns about Shape-ups for Girls are unfounded and way off base. The whole message behind Shape-ups is to get moving, get exercise, and get fit. This is the same messaging being used by the First Lady’s Let’s Move initiative, which is aimed specifically at children. Please look this site over and ask yourself whether the person who started the petition might voice the exact same concerns about the Let’s Move messaging for children.

Skechers are still producing the shoe.

Putting aside the above concerns about the marketing, what about the use of toning shoes in children?

I think that the predominant consensus among podiatry and health professional groups as well as industry commentators would be that if children wear shoes, then those shoes should not interfere with the normal motion and development of the foot. By that apparent consensus, then a toning shoe would appear to interfere with normal foot function, especially the windlass mechanism of the foot and run the risk of interfering with the normal development of the foot as a consequence. However, given that children do not wear shoes 24/7, it is not clear just how much of a problem that this would be. It is also not clear how much of an interference over what sort of time period is needed to really be a long term problem. There are lots of opinions, rhetoric and propaganda on this with very little science.

Children wearing toning shoes for short periods of time are possibly going to have some benefits in developing improved balance and co-ordination as they do use the muscles differently and the gait is altered. How can that be a problem? It must be helpful. That has to be balanced against the potential of interfering with normal development. It will have to be one of trade-offs.

The alteration in gait that occurs in these shoes may be helpful in some children with some type’s neurological deficits. This is going to have to be a decision made in consultation with the clinician involved in treating the child and if this type of shoe would have a negative or positive effect on the particular gait of the individual.

My recommendations:
– Normal development of the foot should not be interfered with by the footwear
– The toning shoes are probably not going to do any harm provided they are used in moderation
– The shoes may even be helpful if worn for short periods
– They may be useful in certain gait patterns in certain neurological problems in children

Do Toning Shoes Interfere with the Windlass Mechanism of the Foot?

13th January 2013 by Admin under Opinion 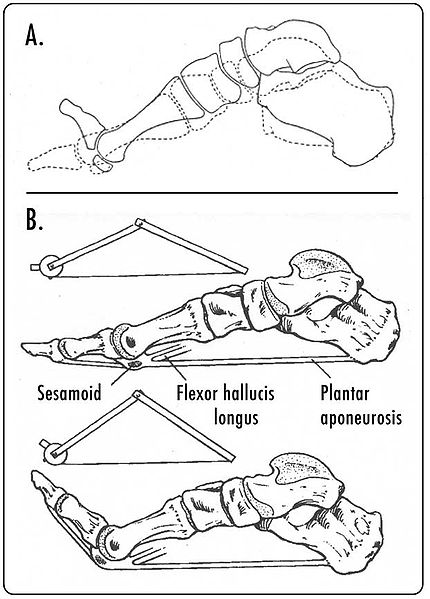 Is that a problem or not?
It might be or it might not be. It is going to depend on a lot of other factors. It is going to have to be one of trade-offs. For example, what are the benefits of wearing the shoe versus the negative of the windlass mechanism not working. It could well be that part of the ‘toning’ effect for the muscles being made to work harder comes as the muscles need to support the arch more as the windlass mechanism does not support it. There is certainly no research that has looked at the effect of the toning shoes on the windlass mechanism or the consequences of the potential interference with it.